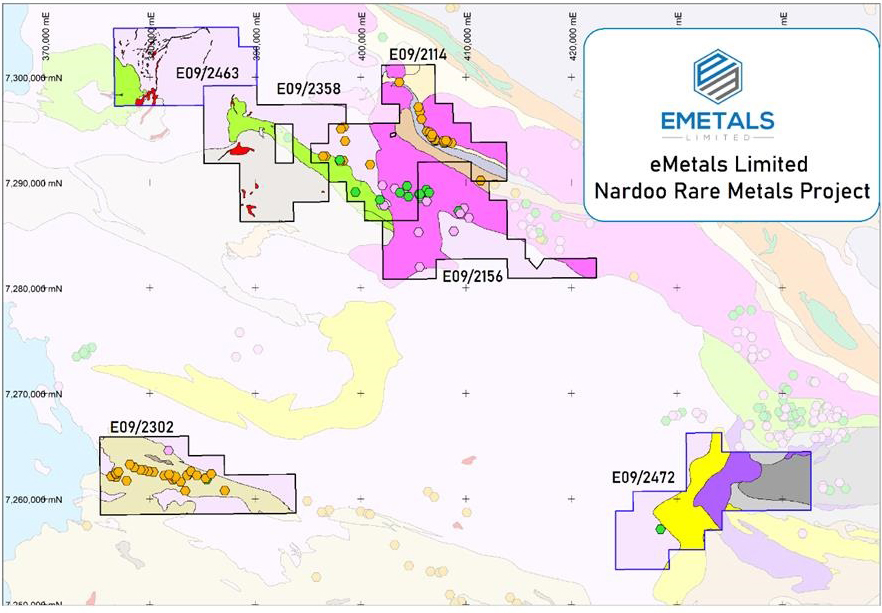 During the period the company withdrew its Camel Hill E09/2407 exploration license application. This tenement was downgraded in prospectivity from Company project generative work and WAMEX data compilation. However, this process identified the Codra Creek E09/2442 area as containing extremely strong REE anomalism in recently released WAMEX geochemical data and an application was placed over the prospective monzogranites.

The Codra Creek E09/2442 exploration license application contains stream sediment anomalies of up to 0.16% La and >500ppm Ce (Figure 6). The assay method used by the previous explorer had an upper detection limit of 500ppm Ce and no other REE’s were assayed for under the laboratory method. Therefore, the true anomaly tenor and REE composition is unknown at this stage. The Company will undertake confirmatory sampling at the first opportunity and attempt to trace the stream anomalies back to a bedrock source.

The Codra Creek EL application also contains a 2.5 kilometre by 1.3 kilometre swarm of pegmatites as interpreted from high-quality aerial photography. These pegmatites have never been sampled. Pegmatites within the vicinity (eg, Wabli Creek) are REE mineralized and this pegmatite swarm is an exciting target.